This was SO MUCH FUN! It's that really neat blend of TURN and Hamilton through a romance lens, which doesn't get done nearly enough. 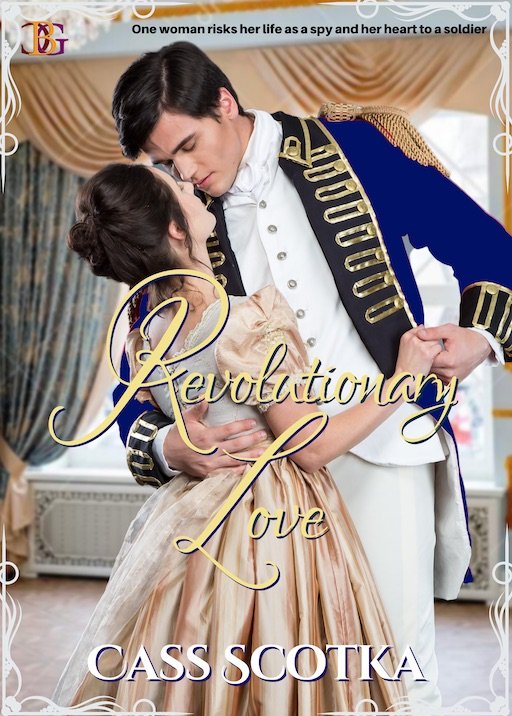 The Revolution has cost Verity Sterrett nearly everything. Redcoats killed her father and burned her home. Verity is forced into living with her Loyalist uncle, who is determined to marry her off to a brutal British officer among those boarding with the family. And her beloved brother and his best friend Theo, the man Verity loves, are off fighting for independence. When one of the Redcoats brags of covert plans for an ambush, Verity sees her chance to aid her cause. It’s the first step in her role as a spy in Martha Washington’s spy ring.

Major Theodore Kinnard volunteered to fight for his new nation with ideals of chivalry and honor. War has shattered those ideals. Gifted at sharpshooting, Theo has become General Washington’s best sniper.

So where did my inspiration for REVOLUTIONARY LOVE come from? A few things combined to bring this book into reality. First, my love of history and living in the Northern Virginia/Washington, D.C. area. My parents had a house that was in a neighborhood that once upon a time was part of the Mount Vernon plantation owned by the Washington’s. I love the historical tours given on what remains of Mount Vernon and in Old Town Alexandria you can grab a meal at Gadsby’s Tavern that existed in 18th century America. Many notable names in US history have eaten there, including George Washington himself.

Third, girl power! I’d grown up hearing about all the things men did during the war, but nothing about the women. Aside from Betsy Ross sewing a flag (which is not likely to be completely accurate), there’s very little about the WOMEN who helped create this county. And we were most definitely there! I started reading several books about the women who shaped the United States into what it is today – and we’re still making our mark and changing the world!

All of these combined with my love of romance and writing, with the HAMILTON soundtrack playing in the background, to inspire REVOLUTIONARY LOVE. I hope you enjoy reading Verity and Theo’s story as much as I enjoyed writing it! 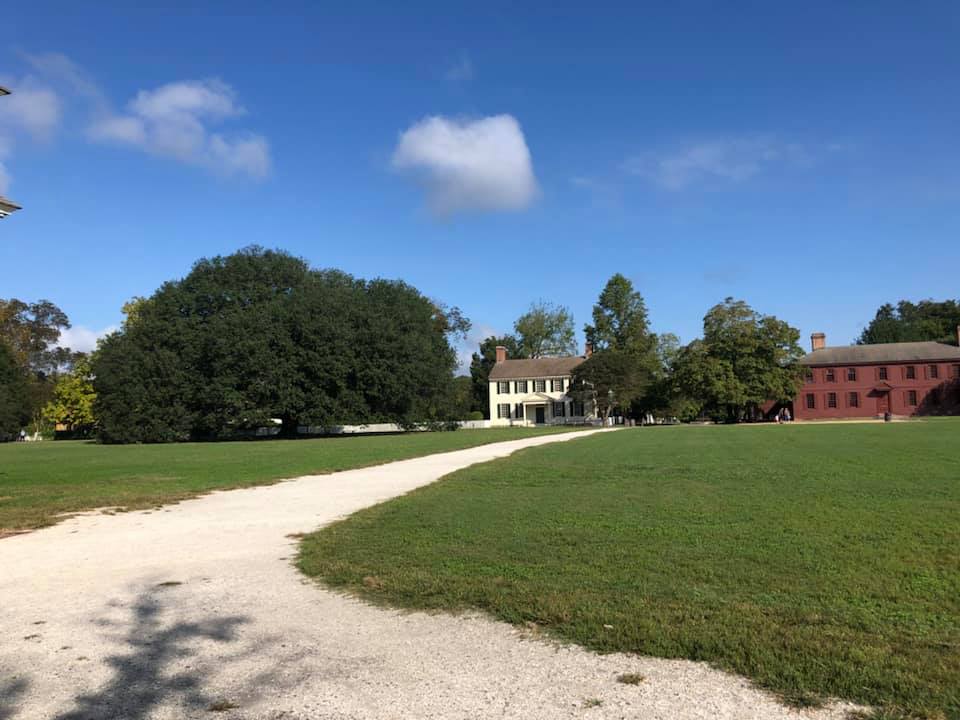 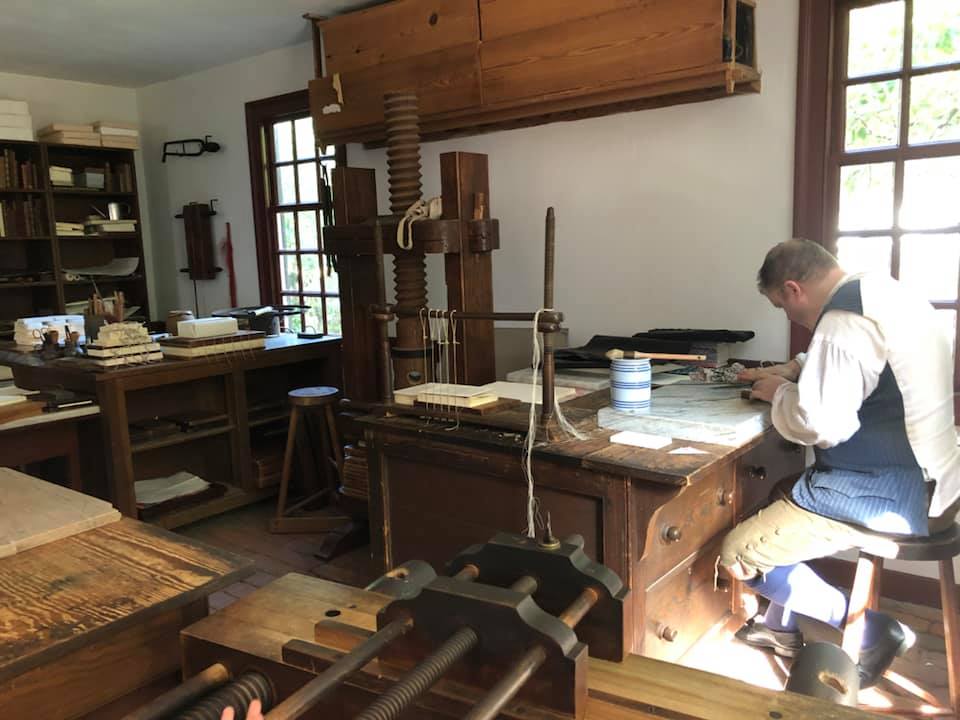 “This world?” A small shake of her head set the moonlight shimmering in her dark tresses. “As if we are living in two different places.”

His voice turned hard. “We are. You have no idea what I’ve seen. What I’ve done in this blasted war.” He released her arm and looked away, afraid his sins would somehow show on his face.

She touched his shoulder, but he refused to meet her eyes. “And you’ve no idea what I’ve seen and endured. The British soldiers in New York…they are not kind or decent men. I’ve seen how prisoners are treated. I’ve firsthand experience in how they treat women. Whatever you’ve done, the soldiers I know you’ve killed in battle, is all for the greater good of America.”

He spun back to her, eyes flashing. “You don’t know what I’ve done! I murder men, Verity. Murder. Not fight in battle, but sit atop hills and cliffs three hundred yards away with my long rifle and shoot men without warning. They have no means to fight back against me. They never see me coming. My sharpshooting skills are exceptional and I’ve been singled out as Washington’s private killer.” His chest heaved from the force of his breathing. Hands shaking with rage and regret, he balled them into fists. “Go to bed.”

Stay. God, he wanted her to stay, but he’d stain her sweet innocence. He wasn’t worthy of her attention. Not when she discovered—

“Oh, you are too hardheaded!” she snarled with all the ire of a wet kitten. Plunking her hands on her hips, she scowled.

Theo choked back his guffaw at the indignation she displayed. Even angry, she was delightfully charming.

Her jaw clenched tighter, brows lowered a fraction more, and her eyes burned.

Unease stirred within him. Perhaps he’d underestimated her vexation. “Don’t you dare patronize me.” She stepped closer so they were chest to chest. Her chin tilted up to keep their stares locked. “You believe General Washington is so morally corrupt he’d use someone as a trained killer on a whim?”

She sliced a hand through the air. “Tell me, these men you’ve shot from afar, were they key soldiers leading troops into battle?”

She poked a finger into his chest. “Did their deaths mean swift victories for the Continental Army without additional bloodshed?”

“Then you saved lives, you daft man! By working with Washington to choose when and whom to target, you are saving countless American and British soldiers from death on the battlefield. I spent one dinner with the general and I know without qualms he is the very best of men. His Excellency would not be our chosen leader if he did not inspire unwavering trust in his decisions for the good of our country.”

Theo blinked while his mind whirled over her words. A few points were fair, but still these men did not have the hope of fighting back against him. They did not see their deaths coming at his hands. “They could not fight back! The soldiers I’ve murdered did not even know from which direction death struck.”

A frustrated growl filled the air and Verity stamped her foot. “As is so for most of us. Not everyone is fortuitous enough to see Death approach and have an option to fight back. People die every day and there is nothing to stop it. My father is proof. Redcoats dragged him from our field without warning. Tortured him for information. Beat him when he refused to pledge allegiance to the king. Hanged him and burned our home to the ground. All while I cried and begged for mercy. The only mercy I found was when they left me to spread the news of what happens to so-called traitors.”

Theo’s eyes grew round as horror swept through him. The strength she held inside her tiny frame. It shamed him further to think of how he hid from afar behind his gun. His teeth ground together. He was a worthless coward. A worthless coward who could not provide her the life she so deserved.

Her face softened. Shaking her head, she lifted a hand to his cheek. “You cannot blame yourself. No matter what your mind tells you, you are a good man.”

Theo jerked his head away from her touch, afraid to sully her. “You are too naive, Verity.”

“Stop treating me as a child. I am a full-grown woman, in case you hadn’t noticed.”

Before he registered it, Theo reached out and swept her into his arms so their bodies touched from chest to thigh. “I am all too aware you are no longer a child.” He shifted his hips against her belly and she gasped as his erection pressed there. “There is no mistaking your lush female curves.”

Their eyes locked and held. In the moonlight, he saw her pupils enlarge, her pulse flutter at her throat, and the small parting of her lips as her breathing quickened. Her body softened and relaxed into his embrace. “Theo,” she whispered and the tip of her tongue peeked out to wet her lips.